We cannot sacrifice energy efficiency just to use some trendy new material. As we saw on my Energy Efficient page:

While energy embodied in materials and construction activities is important, operational energy demand still dominates over a building’s lifetime energy use.

While timber is a great renewable material, we must protect biodiversity hotspots and old growth forests. Some forests and tropical jungles have threatened bugs and plants and insects and mammals and birds. We must protect these at all costs. Personally I would ban logging from all remaining old growth forests and encourage fast growing bamboo and hemp and other wood alternatives to meet any gaps in the paper fibre markets. Then we should establish a vast new tree farm industry to meet the growing populations’ need for future housing. (Bamboo is not yet certified for Cross Laminated Timbre discussed below, so would mainly be used to take the pressure off trees for the paper and other fibre markets, not the skyscraper market).

As The Economist says:

March 22nd saw the topping-out ceremony of the tallest contemporary wood building in the world, and the first that might be considered a true skyscraper, the 30m Wood Innovation and Design Centre (pictured) in Prince George, British Columbia. Its designer, Michael Green, says, “Frankly, we aren’t breaking a sweat. It’s only public perception and emotion trumping science that stalls us moving higher.” He hopes to start work on a 20-storey vertical food-farm in Vancouver later this year.

They built Lifecycle Tower One in Dornbin in 8 days. It’s 8 stories high. The floors were laid in 8 days, and then it was ‘dressed’ in a simple façade.

There are plans to go higher. Much higher. As Inhabitat reports:

4. Save the world with wood?

It might sound like an exaggeration, but anything that might sequester huge volumes of CO2 out of the atmosphere for centuries is a major ‘wedge’ against climate change. Wood can do this, and more! Watch Michael Green’s TED talk on wood in skyscrapers!

See Cree construction group here.
Their 4 minute youtube video shows their primarily wooden prefab units allowing one story to be constructed every day. Imagine a 30 story apartment going up in a month, and locking in all that carbon for centuries!

Landline also explains how wood is becoming more affordable and faster to construct.

LISA MARTY: It’s a lightweight construction tool and it can be put together very quickly. The CLT product enables buildings to go up a lot more quickly than concrete. For instance, I understand the Forte Building was built in two thirds the time of an equivalent concrete structure. It’s also very carbon friendly. Concrete or steel building is often a net emitter of carbon and a wood frame building is often a net store.

From a financial perspective, developers are starting to acknowledge the benefits of tall wood construction using prefabricated elements because it reduces construction times and costs. So that’s ultimately what’s driving the push. And I think that as governments continue to quantify sustainability costs through credits, rebates, and upholding energy and carbon standards, it makes the business case to support timber as the primary structural material even stronger. And architects are driven to wood by the sustainability benefits and increased design flexibility.

At London’s Stadthaus, a team of four put the first eight floors of structure together in less than a month. The entire building was finished in less than a year.

Robert goes on to explain:

Another major test was recently published by a group called FPInnovations in Canada. They tested CLT panels as walls and floors to demonstrate that the panels have a certain level of fire performance comparable to non-combustible building elements like concrete, for example.

The tests showed the walls and floors could be designed for up to three hours of fire resistance, in many cases exceeding the code requirement for structural element fire resistance ratings. As a result, the use of CLT has been adopted into the prescriptive building codes in the US and Canada. The researchers were able to present this information to the code councils and request changes in the building codes based on the demonstrated performance through fire testing.

One of the first things that comes to mind when someone mentions a wood skyscraper is the risk of fire, but the architects maintain that wood is more fire-safe than other common building materials. “Wood is also more fire resistant than both steel and concrete,” they explain. “This is due to 15% of wood mass being water, which will evaporate before the wood actually burns. In addition, logs get charred which protects the core.” Over at TreeHugger, Lloyd Alter punctures that assertion a bit, suggesting that calling wood more fire resistant that concrete is a stretch.

And as to fire protection, it turns out that these timber columns could actually be better than steel in a fire. While the panels will burn, they won’t fail catastrophically like steel does when it gets very hot. Timber stays stable for longer because it forms a layer of insulating char when it’s exposed to flame. And while it’s not fireproof, it’s far harder to burn than raw wood, since it’s industrially treated and is rarely left exposed. “In Europe, cross-laminated timber has been around long enough that standards for issues like fire protection and acoustics are being incorporated into building codes,”explained The New York Times in 2012.

7. Mud brick, straw bale, rammed earth and all that

Given that 3 billion people require housing in the next 20 years, we’re going to be building New Urbanism of at least 5 stories, minimum. Materials that cannot achieve this safely are not recommended. I have not seen evidence that straw-bale, mud bricks, adobe, and even tyres in Earthships can meet modern architectural and safety standards yet (May 2017).  My main reference is one brief mention of a Queensland hotel of rammed earth to 5 storeys, so without more peer-reviewed architectural reviews of these materials, I cannot support wholesale adoption. New Urbanism comes first, materials second. And as timber can easily meet the 5 story limit in beautiful forms that we are familiar with, I’m happy with that! 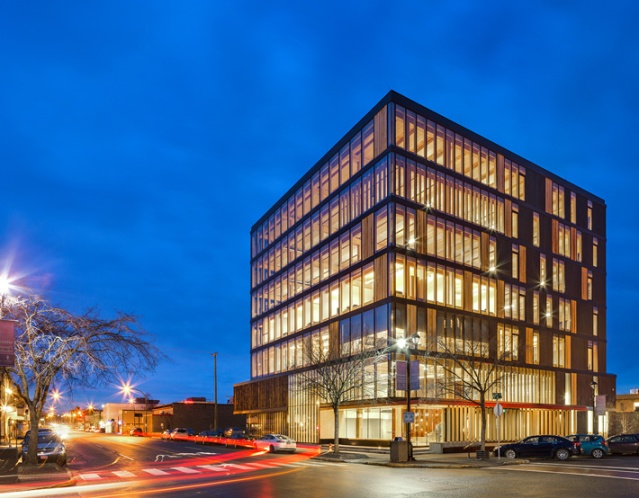 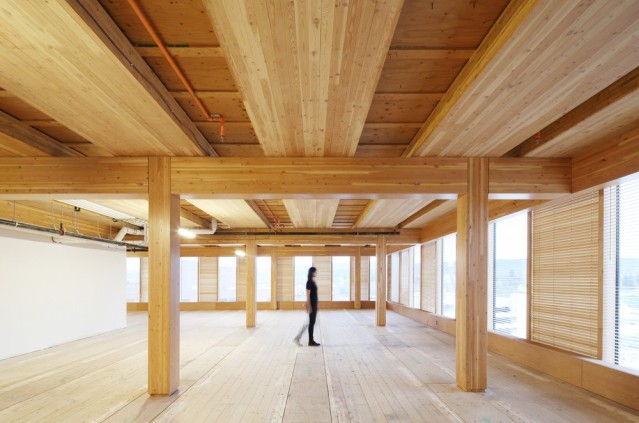 More details on New Urbanism, further defining the neighbourhood, town, city, and showing how driving to the town square ruins it, the historical legacy of racist highway development, and how developers want to ruin public spaces.

The Eco-city, bunched in more and covered in trees and bushes.

The Eco-Village: the opposite of the above!

Which style for Sydney?

Rail: is so much better than cars

How to get there, given we’ve already spend so much on suburbia?

Fast homes: Don’t eco-apartments take a year or so to build, and cities take decades?