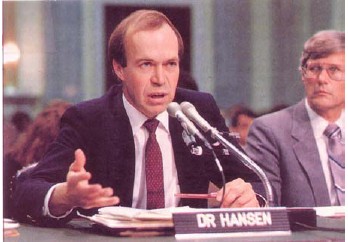 Hansen giving testimony to US Congress in 1998

“Can renewable energies provide all of society’s energy needs in the foreseeable future? It is conceivable in a few places, such as New Zealand and Norway. But suggesting that renewables will let us phase rapidly off fossil fuels in the United States, China, India, or the world as a whole is almost the equivalent of believing in the Easter Bunny and Tooth Fairy.”
(Essay here.)

2. The sun goes down and the wind stops blowing — but what if we plan a 100% mix of renewables and backup pumped hydro? The famous Mark Jacobson costed by nuclear engineers

I am highlighting this particular study because it was promoted by Mark Ruffalo (the Incredible Hulk) and Leonardo DiCaprio as the fool-proof answer for climate change. Jacobson gave TED talks and was adored by all progressives as showing a mix of Water, Wind, and Solar could meet all our energy needs. But far from being the economic miracle DiCaprio presented, it’s an economic nightmare! Some energy engineers costed the proposal (see youtube below), but here are the takeaway points.

3. Mark Jacobson debunked by the National Academy of Sciences!

Not only were the economics an outright lie, but so were the scientific claims. As climatologist Ken Caldeira reported with a National Academy of Sciences team, Jacobson overestimated the potential hydro backup by a factor of 100! He also fudged many other costs like a continent wide HVDC grid and other technologies. As Shellenberger summarises:-

What is the lie? That we can increase the amount of power from U.S. hydroelectric dams ten-fold. According to the U.S. Department of Energy and all major studies, the real potential increase is just one percent of that.

But did Hollywood’s stars DiCaprio and Ruffalo recant their claims? Is the world more informed now about Jacobson’s error? His major ‘assumption’ about backup is just non-existent, only one hundredth of the potential hydro exists.

The Breakthrough argues there are economic reasons:

We think there are clear reasons to expect the share of VRE in system-wide electricity mixes to be constrained. Indeed, we offer a rough rule of thumb that is supported by a growing body of power systems research: it is increasingly difficult for the market share of variable renewable energy sources at the system-wide level to exceed the capacity factor of the energy source…

…In other words, wind and solar depress the market price at exactly the times of day these VREs are generating the most power. The revenues earned by wind and solar for each unit of generation thus falls as the share of renewables rises.

And then on the same page argues there are technical reasons:

To keep the power system stable, a certain amount of flexible and controllable generation (“dispatchable generation” in industry parlance) must remain online and “spinning” to provide the “operating reserves” needed to meet unexpected fluctuations in either demand or VRE output or the failure of a thermal power plant or transmission line. These generators have minimum technical output levels, so in order to keep enough flexible capacity running, wind and solar will not be able to supply 100 percent of demand in any given hour. System security requirements will require curtailment of VRE before this point.

Indeed, according to a major new study of the challenges of integrating wind and solar in the Western Interconnection of North America, the maximum production of variable renewables at any instant can’t exceed about 55-60 percent of total demand without risking system stability.

5. Denmark and Germany do not have that high renewables penetration

Wind’s story is oversold, like very high fractions of penetration into the Danish grid when national borders are often irrelevant to the much larger international electricity grids.  The Danish grid is part of the Nord Pool Spot grid. But their true grid penetration is often disguised behind the fact that the national fraction is so much higher than the actual fraction of the Nordic super-grid.

The reality is that while wind may provide 32 percent of Denmark’s electricity and solar generates 8 percent of Italy’s, for example, these countries and states are really part of much larger power grids. Renewable energy advocates sometimes obfuscate this fact, implying that VRE has reached much higher shares of the power system than they truly have.  The Breakthrough.

Surely there are hundreds of papers out there showing how a mix of all technologies will do the job? There’s no ‘silver bullet’ but silver buckshot, as the quote goes. Yes, these studies appear ‘peer-reviewed’ and there are many of them.

However, if you look closer, not all of them argue for an actual 100% grid, and not all of them are properly peer-reviewed! The scientific process should vigorously attack all new hypothesis and see what is left standing. Social bias interferes with the peer-review process. As The Conversation says:-

Despite the undoubted strengths, the peer review process as we know it has been criticised. It involves a number of social interactions that might create biases – for example, authors might be identified by reviewers if they are in the same field, and desk rejections are not blind.

Translation: is it really a peer-reviewed scientific study if everyone in it operates under a presupposition that they must rule out nuclear power, no matter the cost? Is it peer-reviewed science if it is written by renewable fanbois unwilling to ask the tough questions? As George Monbiot said:

To the greens who accuse me of treachery I say this: we do not have a moral obligation to support all forms of renewable energy, however inefficient and expensive they may be. We do have a moral obligation not to be blinded by sentiment. We owe it to the public, and to our credibility, to support the schemes which work, fairly and cheaply, and reject the schemes which cost a fortune and make no difference.

While house cats kill billions of birds a year across America, Shellenberger points out that these are the tiny common pigeons, sparrows and robins, but the birds wind and solar kill —

“are large, rare, and threatened, like the Golden Eagle, Red-Tailed Hawk, and American Kestrel, a bird so magnificent that I named my daughter after it. And any birder will remind you that large birds of prey like raptors are slower to reproduce, and so the death of breeding adults has a far more devastating impact on populations than do the deaths of small birds.”

In this context Shellenberger asks us to consider how ‘green’ groups are so utterly indifferent to the fate of rare birds and bats killed by ‘green’ energy when they’ll jump all over an oil spill that kills any animals or birds.

8. When you measure the energy cost to build all the storage, are 100% renewable grids even a high enough energy source to run society?

EROEI asks about energy profit: how much energy do you get back after counting all the energy it took to build the solar farm in the first place? It tries to measure the energy generated by a power source over the plant’s lifetime, then divide it by the amount of energy it took to build that power plant. It’s called Energy Return On Energy Invested, or you can think of it as energy gained divided by cost = energy profit. Depending on how it is built and where it is, wind normally generates about 16 to 30 times the energy it took to build the wind farm. Solar PV can get 7, but in Germany with poorer sunlight gets only 3.9. But when you include the energy cost of building a Pumped Hydro Electricity Storage system to backup wind and solar, they drop so low they could not possibly run the world. There’s just not enough energy profit there!  Weißbach’s paper measures this important and often overlooked issue. Even if his figures are out of date, how often do you see ESOEI being measured in the renewables literature?

A few more notes on:-

4 Responses to Renewables unreliable and costly